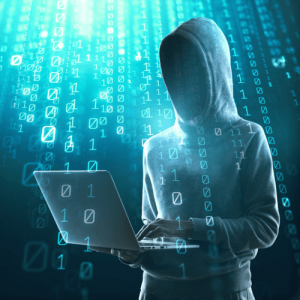 Just like any other kind of software, a virtual phone system can be hacked. It can be quite scary, as a hacker breaching into your VoIP system may have dire consequences due to all the information usually stored in this type of platform. From call logs to customer information and phone numbers, cybercriminals are able to acquire data that may put your business in a lot of legal trouble. While most hackers steal the information to sell on the dark web, someone who has access to your virtual phone system can make scam calls in your name and perform social engineering by reaching your customers as if they were part of your team.

The worst part is that it’s not always obvious when a VoIP system is hacked. Still, there are telling signs that you should pay attention to, such as unusual activity and unknown phone numbers in call history. Additionally, phone bills may increase if hackers are calling premium-rate numbers, and you may also receive calls outside of regular office hours more frequently. If you experience any of these, you must take action immediately to prevent losing customers, money, and potentially even the business itself.

A successful hacking attempt is always damaging, but the consequences may not always be catastrophic. Sometimes it’s ‘just’ losing resources, such as the time and money invested in creating new accounts. However, those less fortunate may face legal implications for numerous reasons, especially if personal customer data is leaked. You could even lose access to your systems until you pay a ransom to cybercriminals. Unfortunately, just because your virtual phone system was the door for the hackers to come in, it doesn’t mean it will be the only platform infected. Software that is integrated into the VoIP system, such as the company’s invoicing program or CRM platform, may also have been breached by the bad actor. Determining the nature of the damage and what’s been compromised is key to knowing where to start.

It’s in the best interest of your business and customers to warn everyone you’re in contact with the moment you know your company has been breached. Since using your virtual phone system is out of the question at this point, sending a mass email or publishing a post in your blog are viable alternatives. Be completely honest and tell customers what’s been hacked and the type of the data the hacker got access to while assuring them that it’s your top priority to protect their data. Doing so may actually turn a disaster into an opportunity, as showing transparency usually increases customer loyalty. Of course, you’ll need to practice what you preach and contain the data breach to the best of your ability.

Some breaches are caused by human negligence. Whether this is the case or not, everyone on your team must change their passwords immediately. It’s also recommended to update the passwords for other platforms as well to make sure the hacker is completely locked out. If your team already uses a password manager, then most platforms allow you to do this with just a few clicks. However, if you’re still old school, it’s best to invest in this type of software to make your accounts more secure. It’s the easiest way to ensure employees keep good password hygiene by not using duplicated passwords and creating complex passcodes using the app’s password generator.

Most attackers take less than ten hours to find weaknesses within a system. One of the easiest ways is by taking advantage of outdated programs, which contain loopholes that cybercriminals can exploit. Therefore, your VoIP software must be updated straight after a breach. However, simply using the newest version isn’t enough. It’s also essential to update information on the platform, like deleting the accounts of former employees. It’s important to mention that companies should routinely test their network. Your IT department should conduct penetration tests by creating a simulated situation where a hacker ‘attacks’ the system. If a flaw in the system is found, it needs to be fixed right away to prevent future breaches.

Switch To a Secure VoIP Provider

It’s possible that your VoIP system has been breached because you’re using in-house software. While there’s a benefit to having more control over your phone system, it’s also more difficult to meet industry security standards. Fortunately, established providers like Nextiva, RingCentral, and Grasshopper know a thing or two about cybersecurity. These VoIP providers offer end-to-end encryption, which prevents the possibility of eavesdropping or intercepting calls. It’s even better if you get a virtual phone system that operates with private data centers and adheres to certain privacy regulations, such as HIPAA and ISO 27001.

A hacked VoIP system isn’t the end of the world. If you handle the situation in a calm and pragmatic manner, you’ll get to the bottom of it quickly. Above all, it’s best to focus on preventing such actions in the future by preparing the team, keeping strong password hygiene, and switching to a virtual phone system with the most up-to-date security measures.